Identity Theft: Facts and How to Protect Your Child’s Money

Identity theft has made continual headlines in recent years, but the victims of this crime aren’t just adults—many are kids. As a parent, protecting your kid’s identity is critical because of the serious ramifications theft can have on their financial security. 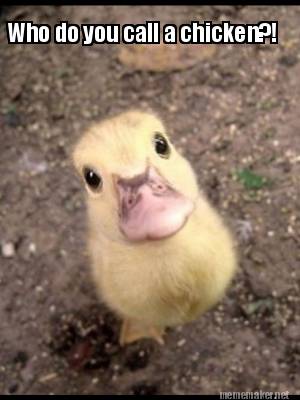 Why You Should Worry

Criminals are using the boom in technology to their advantage, using sophisticated tools and programs to get user data and steal identities. Once they have this information, the criminals use it to drain funds out of accounts and establish unauthorized lines of credit. They also use the data to support illegal immigration, get driver’s licenses and even land employment.

Criminals are targeting kids in particular in their schemes to acquire data. A study by Carnegie Mellon, for instance, discovered that 10.2% of the 4,311 children in the report had someone else using their social security numbers, a rate 51 times higher than for adults in the same population. They are able to get away with the identity theft in part because parents and caregivers typically don’t realize the need for identity monitoring. They also are successful because it is often years before the children must submit their first legitimate credit and related applications that would require credit and social security number checks. Without these checks, the kids usually don’t see the credit or account reports that show evidence of a problem.

When your child is a victim of identity theft, it can become a nightmare to clear his financial record. He or she might find it nearly impossible to find a bank or other lender willing to open a line of credit, which can mean they run into snags with tasks like securing school loans or getting an apartment. They might not be able to get a job if the incorrect information they’re associated with gives a poor impression to employers, especially if their job would include any money-related activities (yes, handling the till at a fast food place counts).

Signs of a Problem

Even though it might take some time for you and your child to notice that something’s fishy, there are some giveaways you can look for that might let you catch a case of stolen identity faster. As the Identity Theft Resource Center and Federal Trade Commission indicate, your child might:

There is no foolproof way to guarantee identity theft won’t happen, but you greatly can reduce the risks for your child. Keeping sensitive documents in a safe, secure location or shredding them, for example, reduces the risks unauthorized people can access the information on them. Watching who has access to school records and reviewing the records the school has also can stop criminals. Teach your children not to submit personal information over unsecured Internet connections or give it to others they meet online, as well.

If you or your child suspect identity theft has happened, you first should contact the main credit reporting agencies for your area. (In the United States, the three major bureaus to contact include Experian, Equifax and TransUnion.) Ask them to remove any inaccurate data off the files they have for your child and to put a fraud alert on your child’s credit report. They normally ask for some documentation, such as copies of your child’s birth certificate or verification of your address, to do an investigation. You also should contact the companies you think have wrong information and ask them to flag or close any fraudulent accounts. All correspondence should be in writing. Keep copies of everything you send.

Depending on your circumstances, it is also often a good idea to file a formal complaint with your police agency or trade commission. Some families end up needing to seek legal advice from an attorney, as well. Even after you’ve taken these steps, continue to get copies of your child’s credit report on a regular basis to make sure the criminal activity truly is under control.